Spring Market: Moving to the Suburbs

For many buyers, the high cost of New York City real estate often prompts a move to the suburbs. The prospect of more space for the money, a grassy yard and excellent school systems are key motivating factors. Markets including New York’s Rockland and Orange counties and their Hudson River towns continue to be favored by buyers who live in New York City, especially Manhattan and Brooklyn. From the quaint village of Nyack and secluded, celebrity-laden enclave of Snedens Landing to historic Tuxedo Park, there is a suburb for everyone to call home. 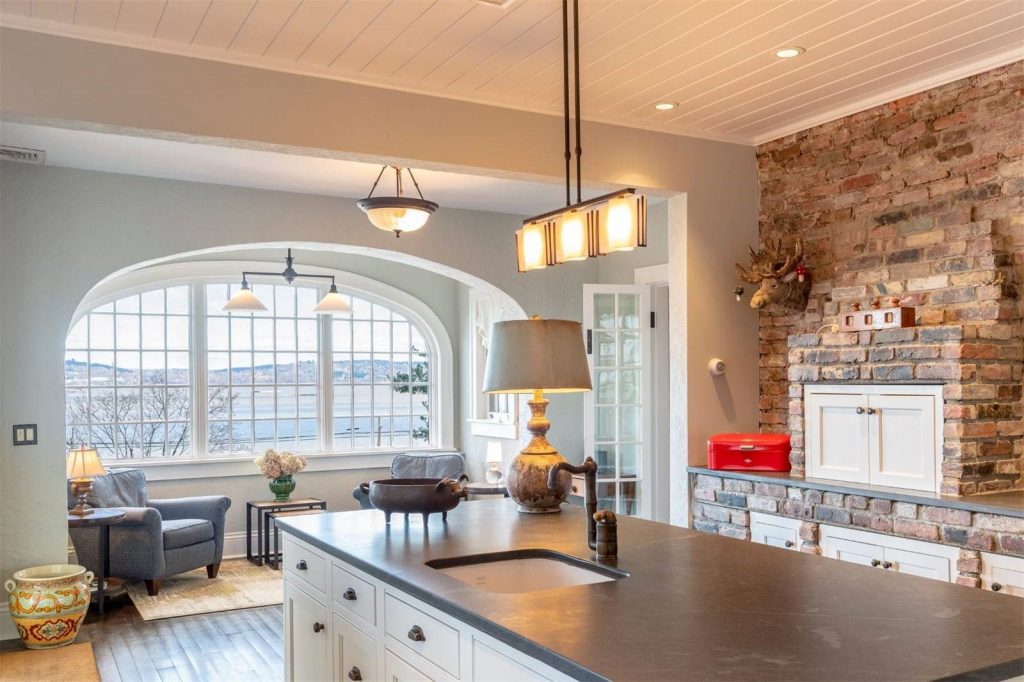 Just 20 miles from Manhattan, the eclectic and energetic village of Nyack is a creative hub for music, film, theater and art enthusiasts, complete with vibrant dining, entertainment and unique shops. Nyack’s proximity to the Hudson River and Hook Mountain also makes it an ideal recreational destination for boating, kayaking, fishing, cycling and hiking. Year-long events and activities, from farmers markets to street fairs, add to the charming old-style town appeal while

the sleek new Gov. Mario M. Cuomo Bridge, which replaced the Tappan Zee spanning the Hudson River between Rockland and Westchester counties, means improved commutes to and from the city for people on the west side of the river. Head-turning architecture, charming main streets and engaging culture and lifestyle are all part of the allure. 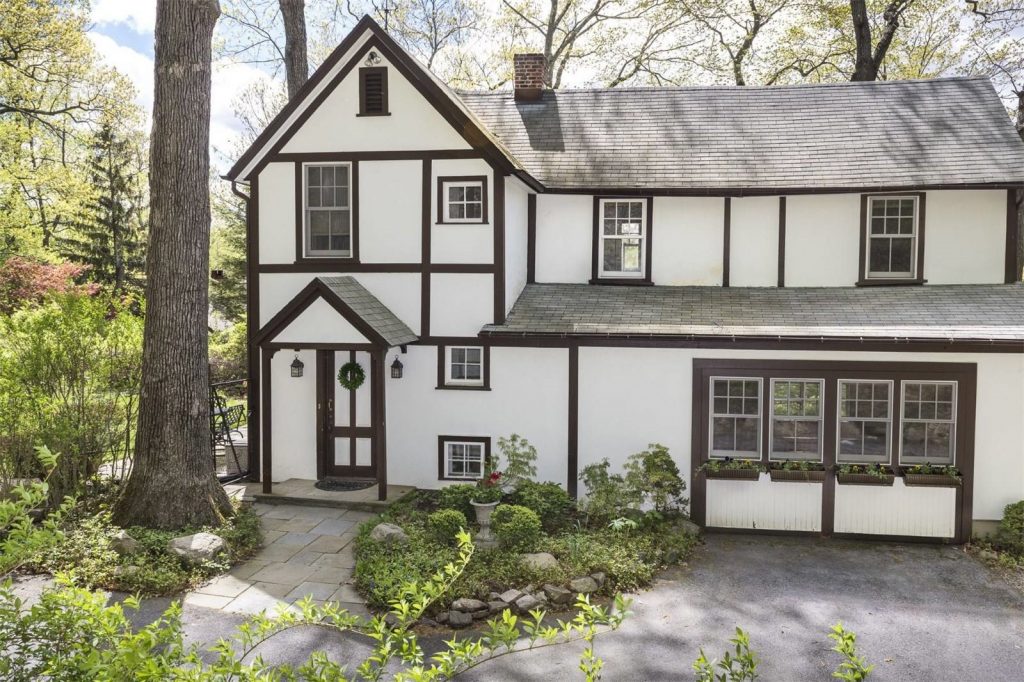 The lovely gardens and charm of this sun-filled, three-bedroom, three-bath 1939 cottage make it a desirable respite for city dwellers who crave solace in the country and the natural landscape that is hallmark to Tuxedo Park. 2 Stable Road, Tuxedo Park, New York.

Birthplace of the tuxedo and once the home of tycoons, Tuxedo Park is one of the oldest gated communities in the United States. Listed on the National Register of Historic Places, the village was built in the 1880s by Pierre Lorillard, the tobacco heir, as a hunting and fishing retreat for his affluent New York friends. Considered one of the nation’s finest examples of pre-World War I architecture, Tuxedo Park also offers an abundance of hiking, biking and riding paths within the private compound’s acres of bucolic parks. Several stunning lakes, suitable for swimming, also are stocked with trout and bass for fishing. The commute to New York Penn Station, via New Jersey Transit, takes under 50 minutes. 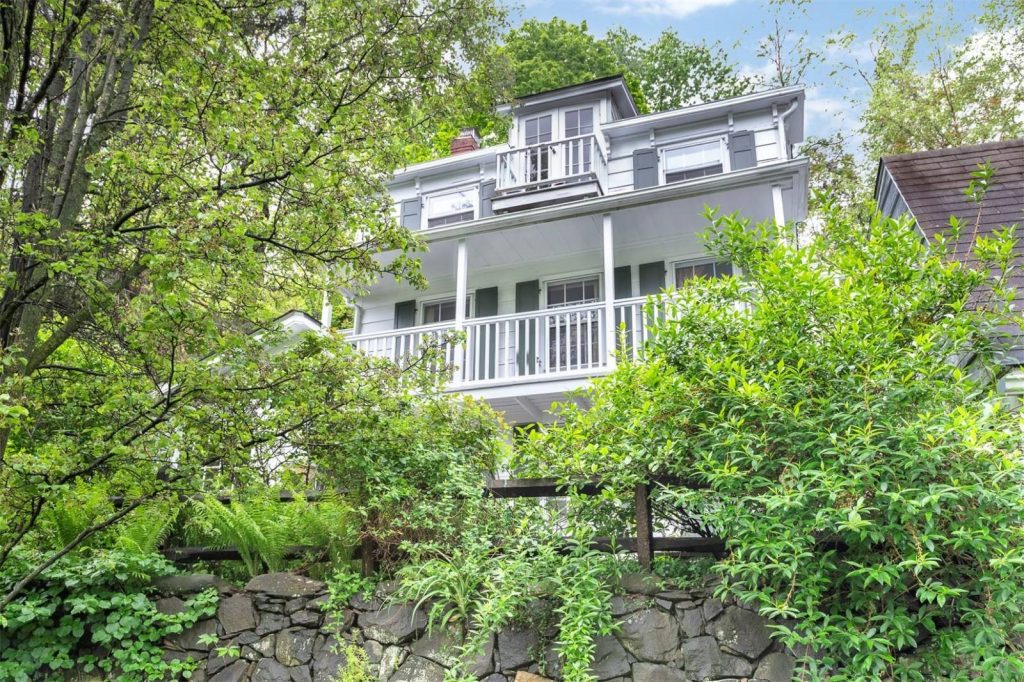 Nestled among the steep cliffs of the Palisades in Rockland County, just 12 miles north of the George Washington Bridge, Snedens Landing is a secluded enclave dating back to the 1700s offering a coveted lifestyle just a short hop from the city. With renovated turn-of-the-century homes, including 18th- and 19th-century cottages and farmhouses in historic districts, its sense of old-fashioned Americana makes it one of Rockland County’s most-sought-after markets. The rural hamlet has attracted widely known residents for decades. Angelina Jolie spent part of her childhood here as did Hayden Panettiere. Laurence Olivier, John Steinbeck, Katharine Hepburn, Mick Jagger, Al Pacino, Bjork, Bill Murray and Diane Sawyer are among those—to name a few—who have called Snedens Landing home at one point or another, while Scarlett Johansson is reportedly the area’s latest resident. 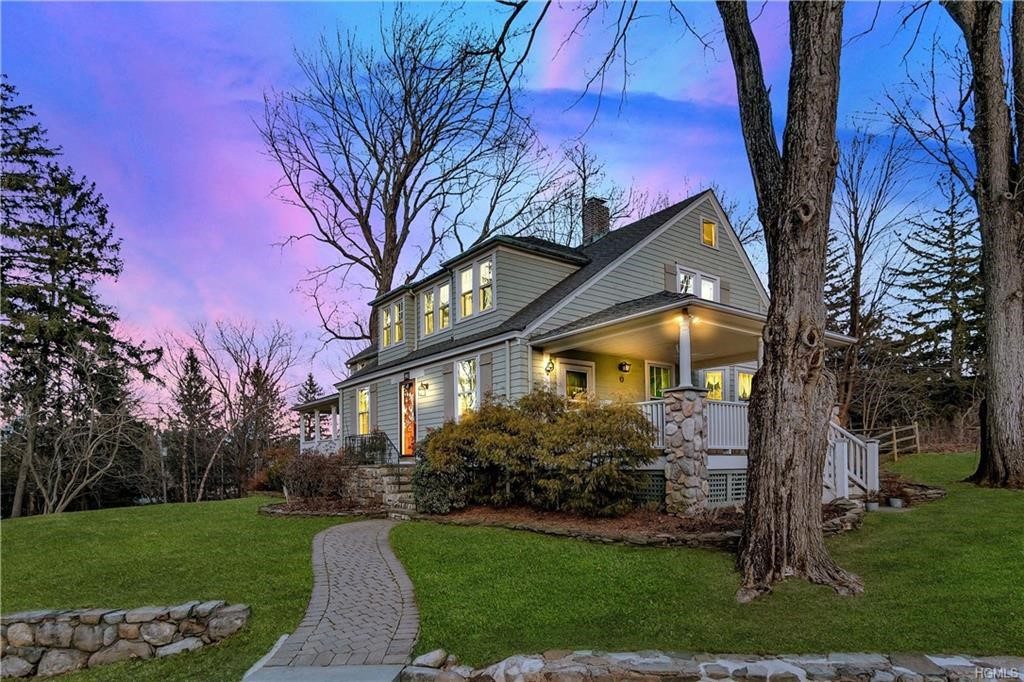 Suffern, a Rockland County village dating back to 1796, is steeped in history, with an urban vibe. Accessible by trains, buses and highways, Suffern is home to a thriving business district and array of diverse restaurants, shops and a growing arts, film and cultural activities center, most recently serving as the backdrop for the CBS television show, “Instinct.” Lafayette Avenue, Suffern’s main street, is named in honor of Revolutionary war hero Marquis de Lafayette. Other notable guests have included George Washington, who made camp in the village several times during the war, Thomas Jefferson, James Madison, Aaron Burr and Alexander Hamilton. The scenic village, framed by the Ramapo Mountains and Ramapo River, offers numerous hiking, biking and running trails. 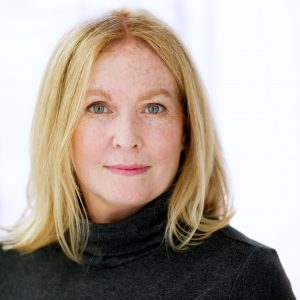 Prior to joining Ellis Sotheby’s, O’Hara managed a real estate office in Orange County, New York, coaching and training agents. She has been in the real estate business for 25 years, specializing in New York City and the Hudson Valley.

“MaryBeth takes pride in doing her very best to represent each client, and no property is too big or too small,” said Nancy Bashian Bunin, Ellis Sotheby’s International Realty director of business development. “She is a polished negotiator, always looking for the most strategic approach to each deal and always respecting her clients’ privacy and individual needs.”

O’Hara, who has a keen eye for interior design and decorating, recently purchased a mid-century home in Sarasota, Florida. In the process, she has become very knowledgeable about the Sarasota real estate market and can guide and refer anyone interested in learning more.

“I am proud to be affiliated with Sotheby’s International Realty and look forward to sharing my experiences and passion for real estate to serve my clients, regardless of their price point,” said O’Hara. “Luxury real estate is less about price and more about delivering attentive service, innovative technology and personalized experiences.”

O’Hara is an avid and longtime supporter of The Lower Eastside Girls Club in New York City and member of the American Irish Society, Classical Choral Society, Sarasota Architectural Foundation and the Marie Selby Botanical Garden.

O’Hara resides in the Hudson Valley.