by Ellis Sotheby's International Realty on February 26, 2021 0 Comments
The late New York–based artist occupied the estate for over 50 years—and she transformed the four-acre property into a thriving creative hub.

A peaceful estate is now up for grabs in Snedens Landing, a historic hamlet located just a short drive from New York City. The four-acre property was home to the late artist Grace Knowlton, who won acclaim for her outdoor sculptures. A look at the renovated barn residence, where Knowlton resided for over 50 years before she passed away in December 2020. In 1968, architecture firm Hardy Holzman Pfeiffer Associates transformed the structure into a four-bedroom home.

To continue reading the article on Dwell.com, click here

Built in the 1880s, the historic Snedens Landing house has been a gathering spots for celebrities like Ava Gardner, Laurence Olivier and Kirk Douglas Built around 1880 in the style of a classic carriage house, the five-bedroom, 5.5-bathroom estate was owned by Wallace in the 1950s and 1960s. Located along the Hudson River and around 20 minutes from New York City, the hamlet of Snedens Landing has served as an ultra-exclusive refuge for celebrities for decades. Throughout the years, celebrities like Ava Gardner, Laurence Olivier and Kirk Douglas came to the property at 11 Lawrence Lane as guests.

The area is renowned for its privacy, as each house in the enclave is surrounded by rolling hills, landscaped grounds and trees, and views of the Hudson River.

“It’s an area that has always had this association with celebrities because it feels like it’s a million miles away from the city, but it’s actually 14 miles from the George Washington Bridge and 25 to 30 minutes to Broadway from the community,” Richard Ellis, the Ellis Sotheby’s International Realty broker representing the property, told Inman by phone.

The gabled roof and shingled white outside harken back to the home’s past (it was originally built by original Snedens Landing resident Winthrop Gilman) while a recent renovation brought in modern pieces such as glass walls, 12-foot ceilings, bluestone patios and a floating staircase.

Ellis told Inman that the house was likely subdivided from a larger property where Gilman used to live, while, as part of the 2020 renovation, the current owners received permission from the historic board to add a secondary barn-style structure to the carriage house. A Palisades estate owned by the late artist Grace Knowlton is now on the market for $2.99 million. The property was transformed into a compound for artists by Knowlton, who was known for her spherical sculptures and lived at the site for nearly 50 years. Located in the secluded enclave of Snedens Landing, the four-acre estate includes a restored barn that serves as the main residence, a cottage, an industrial machine shop, and a pottery studio, all across the landscaped gardens. Knowlton, who passed away last month at the age of 88, had her work exhibited in a number of museums, including the Metropolitan Museum of Art, the Victoria and Albert Museum in London, the Storm King Art Center, and others.

The New York Times described the artist as “one of the few female modernists to break into the masculine world of outdoor sculpting.” One of her sculptures called “Steel Twist” is located on the property.

As the Times reported, Knowlton settled in Snedens Landing in the 1960s with her husband Winthrop Knowlton, the president and chair of publishing house Harper & Row. The couple restored a 19th-century barn on the site in 1968, with architect Hugh Hardy handling the renovation.

Hardy was able to preserve the charm of the former barn by restoring the wide plank floors and cathedral beamed ceilings. According to the listing, he added large casement windows throughout to bring in natural light to the space. As the listing describes, Knowlton “in true Snedens tradition, created an artistic compound with artists, potters, and sculptors living and working together on this gracious property.”

The main residence contains four bedrooms, four full baths, and one half-bath. In addition to the impressive converted barn, the property features a two-bedroom cottage, a machine shop with living and studio spaces, a potters’ studio with a wood-fired kiln, and a modern studio.

The property was originally part of Seven Oaks, a historic estate with an 1862 Gothic Revival house considered the oldest of its kind in Snedens Landing. Home to fewer than 100 properties, the private hamlet of Palisades is located in Rockland County and is known for attracting celebrities and artists.

230 Hudson Terrace Featured in the NY Times! – What You Get: $1.25 Million Homes in Maine, Texas and New York

$1.25 Million Homes in Maine, Texas and New York
A waterfront retreat on 76 acres in mid-coast Maine, a custom-designed home in Houston and an 1871 house by McKim Mead & White in Piermont. 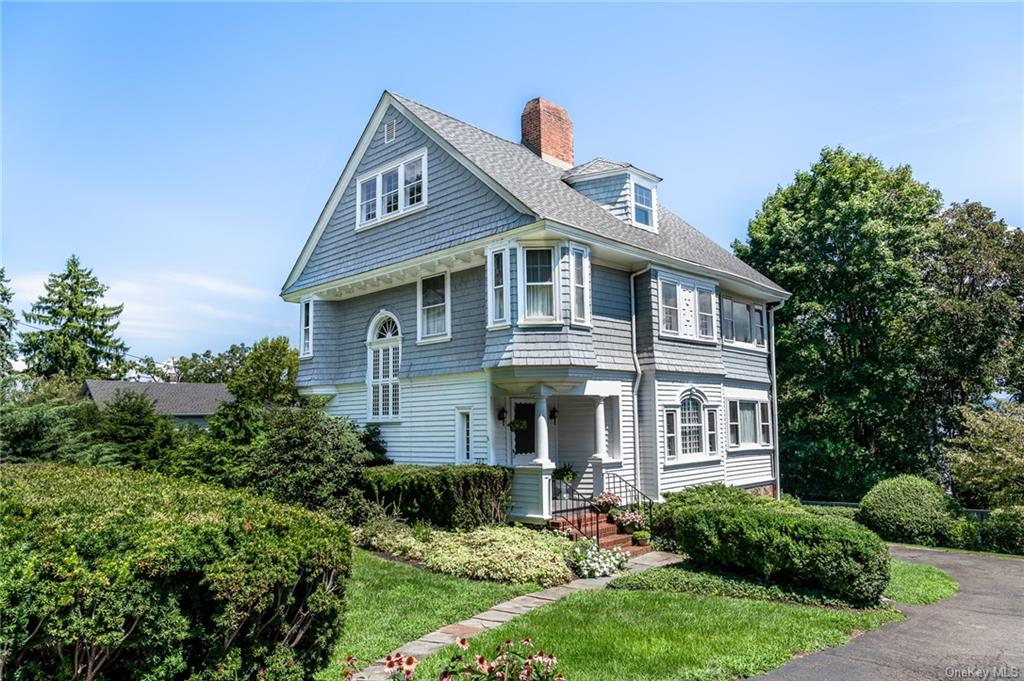 Piermont, N.Y. | $1.275 Million
An 1871 house with four bedrooms, two bathrooms and Hudson River views, on a half-acre lot
Designed by McKim, Mead & White as a summer home for George Nelson Taylor, a piano company executive and the great-great-grandfather of the current owner, this four-story shingled house is five minutes on foot from the village center of Piermont. This Rockland County community is three miles south of the Mario M. Cuomo Bridge and 15 miles north of the George Washington Bridge. It is named for its mile-long pier (a popular strolling location, especially in pandemic times) and the Palisades cliffs that form its backdrop. The 687-acre Tallman Mountain State Park is a little more than a mile south of this residence.

Indoors: The main floor centers on a large foyer with a decorative tile fireplace and a staircase with a sinuous upper banister and a large Palladian window. Paneled pocket doors open to a dining room and a living room that both have hardwood floors with decorative inlay, graceful moldings and fireplaces. (The living room fireplace includes a functional wood-burning insert). The two rooms also connect to each other and to the lower level of a two-story sun porch that is not included in the square footage.

An eat-in kitchen is off the dining room, with two walls of custom cabinets. French doors open to a large backyard deck at one end. A laundry room and rear staircase are on the other side.

On the second floor, folding doors in two connected bedrooms open to a sun porch above the one on the main floor, creating a large suite. A third bedroom has a bay window. A fourth is a closet’s width away from the shared bathroom, which includes a wainscot, a vintage sink and a claw-foot tub with a shower head.

Two bonus windowed rooms with closets are on the third floor, along with a storage room. The lower level has its own exterior entrance and contains a 22-foot-long family room and a 12-by-9.5-foot office with walls that expose the stone-and-brick foundation. There is also a full bathroom and direct access to a two-car garage.

Outdoor space: The large elevated back porch has river views. The terraced grounds include an 18-by-38-foot lap pool that needs refurbishing and a Japanese maple that was planted at the time the house was built.

by Ellis Sotheby's International Realty on May 15, 2020 0 Comments 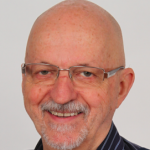 Michel Henry, a Rockland County resident, was born and raised in New Brunswick, Canada. Michel enjoyed working for an established real estate firm in Canada and decided to return to real estate here in Nyack.  A retiree from Canada Border Services Agency, Michel has a long history of service.

Michel has a Bachelor of Arts degree and a Post University degree in Public Administration and brings lots of life experience, including being a landlord, to his work.  He is easy to approach, has a keen sense of relationships and values friendship.  He knows carpentry, plumbing, electricity, and can help both buyer and seller in making decisions on many fronts when it comes to property.

Michel enjoys sailing, walking on the shore, cycling, camping and has played music all his life.  In both Cajun and Classic Country bands, he sings and plays the guitar, harmonica, accordion and fiddle.  He is eager to work with the people of Nyack and beyond, and trusts he can make a a difference in his clients’ lives.

Realtor to Donate All Sales Commissions to Build School in Africa 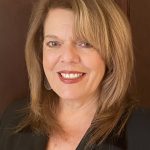 Clemente, executive director of Ventures for Good Foundation, a charity she founded eight years ago in Valley Cottage, New York, to provide education and technology programs to underserved U.S. and African communities, will donate all of her commissions to building a secondary school for science and technology in Uganda.

Clemente previously was a real estate agent in New York City and a teacher, professor and administrator at all levels of education including K-12, college and graduate school. She was director of online learning for Dominican College in Orangeburg, New York, from 2005 to 2015, where she administered online programs and training for faculty and students.

“Joanne is bringing together her love of real estate and her nonprofit work to achieve a noble goal,” said Nancy Bashian Bunin, Ellis Sotheby’s International Realty director of business development. “Clients will benefit from her business acumen, outstanding level of customer service and use of technology and innovation to market homes. We commend her dedication to making a lasting humanitarian difference in communities, locally and globally.”

Clemente earned her doctorate in instructional technology at Teachers College, Columbia University; a master’s degree in computer science at Pace University; and bachelor’s degree in biology at Hunter College, all in New York. She was recognized as a Woman of Distinction honoree by St. Catharine Academy, Bronx, New York.

“I am proud to be affiliated with Ellis Sotheby’s International Realty and look forward to sharing my experiences to serve my clients while contributing to a worthwhile and sorely needed educational endeavor to provide low-cost, technology-infused education and project based learning in underserved communities,” said Clemente.

A native New Yorker, Clemente resides near Nyack and Upper West Side of Manhattan. 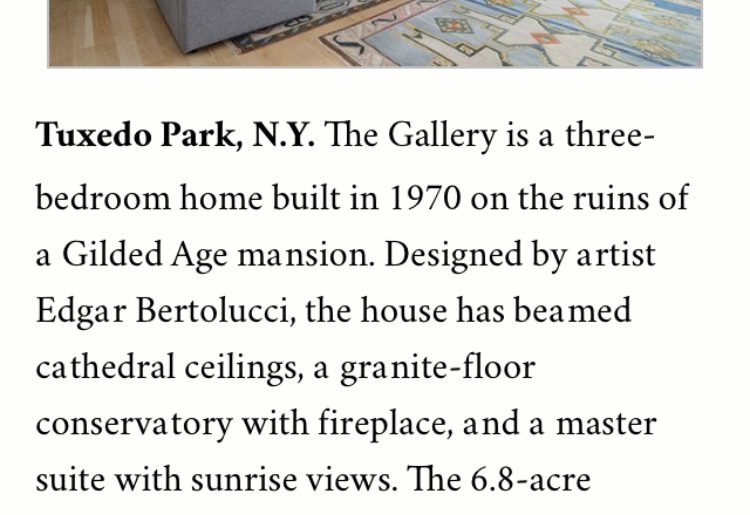 The Gallery at 14 Butternut Road in Tuxedo Park is a three-story home built in 1970 on the ruins of a gilded age mansion.

Stroll through beautiful grounds marked by stonewalls, stone foundations, stone terraces and stone steps of megalithic proportions, and intricately built stone swails and ponds, all of which were constructed during the Gilded Age. 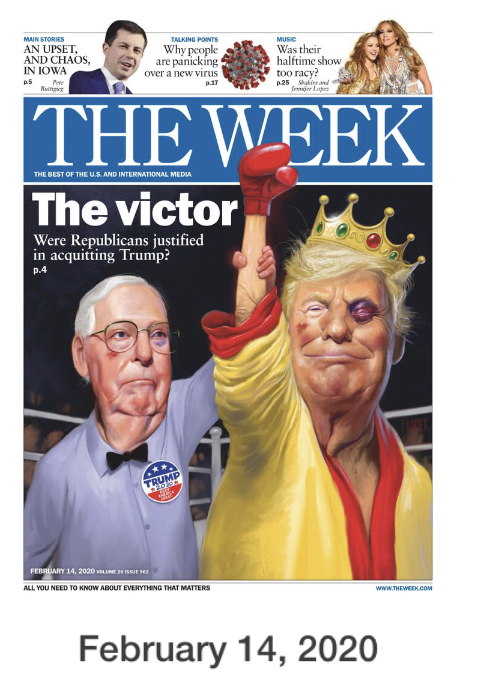 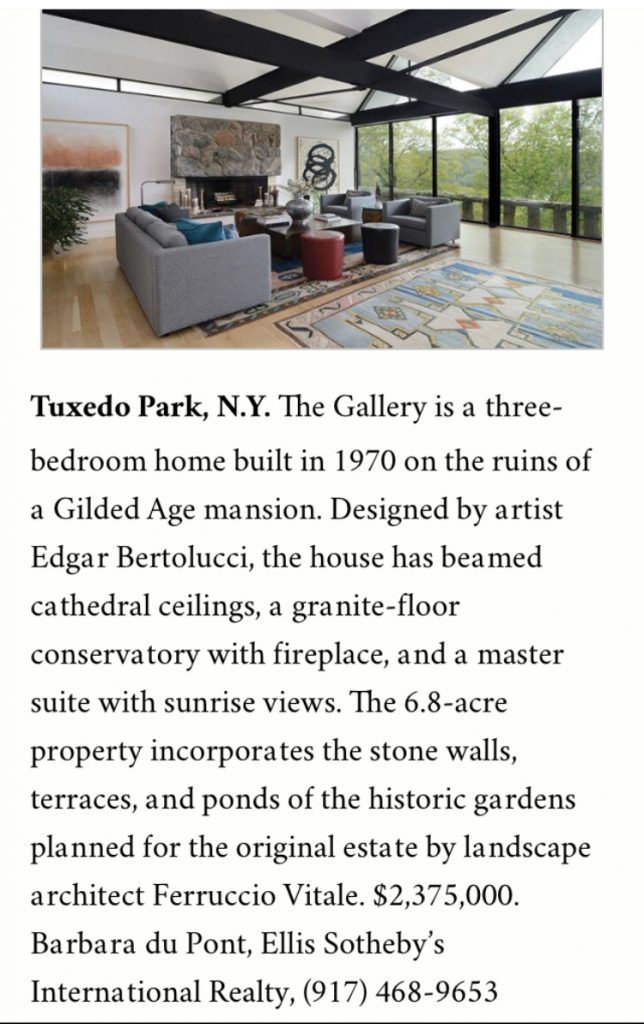 Arlene Dahl and Marc Rosen have lived in their distinguished Victorian home, Treetops, for more than 30 years. During that time, the couple has hosted countless events, parties, and houseguests — charming Hollywood’s elite with Treetops’ homey and glamorous atmosphere.

Hudson Valley recently had the opportunity to chat with Rosen for a first-hand account of the home’s illustrious past. 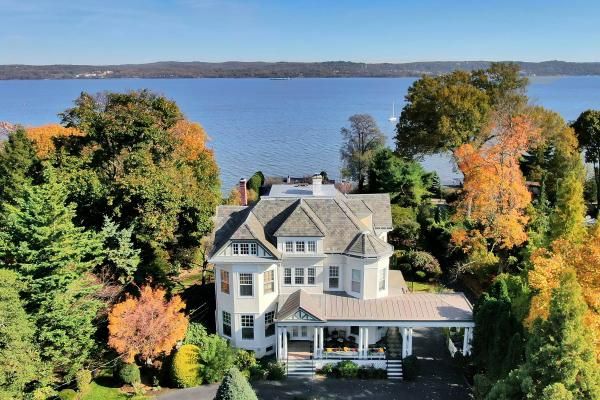 Nyack, New York. This six-bedroom 1878 Victorian stands on an acre of Hudson River shoreline. Entertainment features include a front living room with fireplace and a kitchen with marble counters connected to a breakfast nook and a formal dining room, set up to seat 12.

Another home with lots of history is on the market in Nyack.

A circa 1878 riverfront home at 251 N. Broadway has been listed for $2.295 million with Ellis Sotheby’s International Realty.

The six-bedroom, six-bath home is set among gardens that lead to the Hudson River. Most rooms have a water view and some have balconies.

A large front porch, classic porte cochere and interesting roof lines create an instant first impression. Inside, there are numerous classical and period elements, including three fireplaces (one in the windowed breakfast nook), paneled walls in several rooms, a renaissance-style ceiling in the dining room, elongated moldings around the panel doors and interesting ceiling designs in the attic level because of those roof lines.