With its rolling hills, majestic mountains, river views, rich culinary heritage and significant place in shaping American history, New York’s Lower Hudson Valley is dotted with scenic and historic towns. Distinct and diverse architecture characterizes the region with centuries-old buildings among its villages, from cliffside retreats and elaborate Hudson River mansions to unique farmhouses that add to the region’s allure. From the quaint village of Nyack and secluded, celebrity-laden enclave of Snedens Landing to historic Tuxedo Park, there is suburb for everyone to call home. 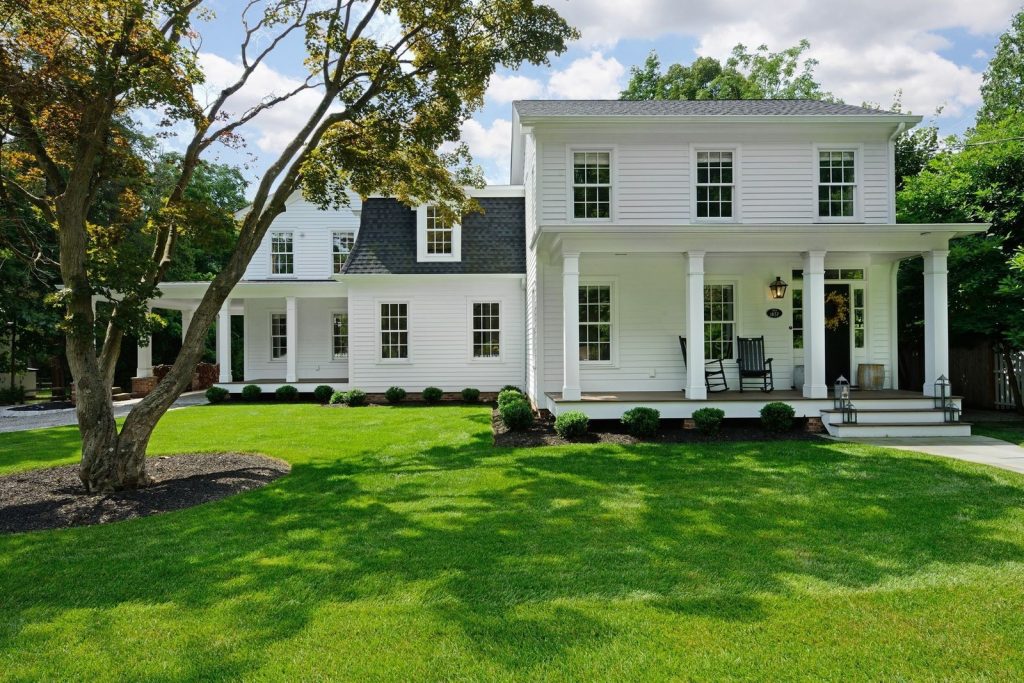 Snedens Landing, New York
Nestled among the steep cliffs of the Palisades in Rockland County, just 12 miles north of the George Washington Bridge, Snedens Landing is a secluded enclave dating back to the 1700s offering a coveted lifestyle just a short hop from the city. The landing takes its name from the Sneden family, which for generations in colonial times maintained a ferry across the river to the east shore at Dobbs Ferry in Westchester County. With renovated turn-of-the-century homes, including 18th- and 19th-century cottages and farmhouses in historic districts, its sense of old-fashioned Americana makes it one of Rockland County’s most-sought-after markets. The rural hamlet has attracted widely known residents for decades. It’s history of A-listers dates back to George Washington who reportedly used one of the houses in Snedens Landing as an office. Angelina Jolie spent part of her childhood here as did Hayden Panettiere. Laurence Olivier, John Steinbeck, Katharine Hepburn, Mick Jagger, Al Pacino, Bjork, Bill Murray and Diane Sawyer are among those – to name a few – who have called Snedens Landing home at one point or another, while Scarlett Johansson is reportedly the area’s latest resident. 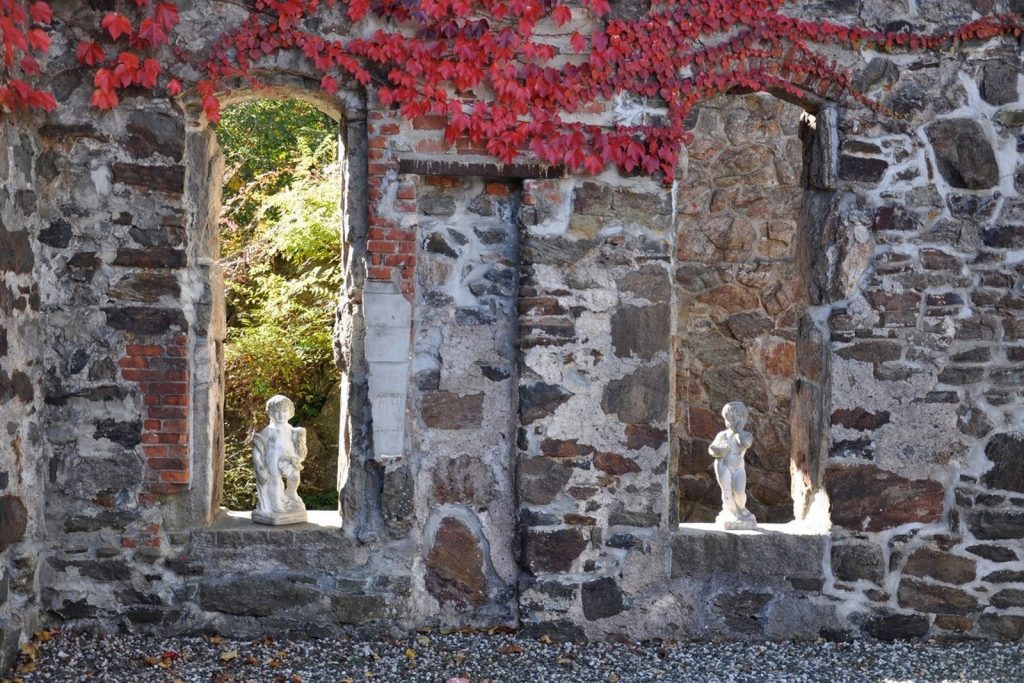 Tuxedo Park, New York
Once the home of tycoons, Tuxedo Park is one of the oldest gated communities in the United States. Both J.P. Morgan and William Waldorf Astor had homes there, and the village gave its name to a new kind of dinner jacket, the tuxedo. Listed on the National Register of Historic Places, the village was built in the 1880s by Pierre Lorillard, the tobacco heir, as a hunting and fishing retreat for his affluent New York friends. Considered one of the nation’s finest examples of pre-World War I architecture, Tuxedo Park also offers an abundance of hiking, biking and riding paths within the private compound’s acres of bucolic parks. Several stunning lakes, suitable for swimming, also are stocked with trout and bass for fishing. The commute to New York Penn Station, via New Jersey Transit, takes under 50 minutes. 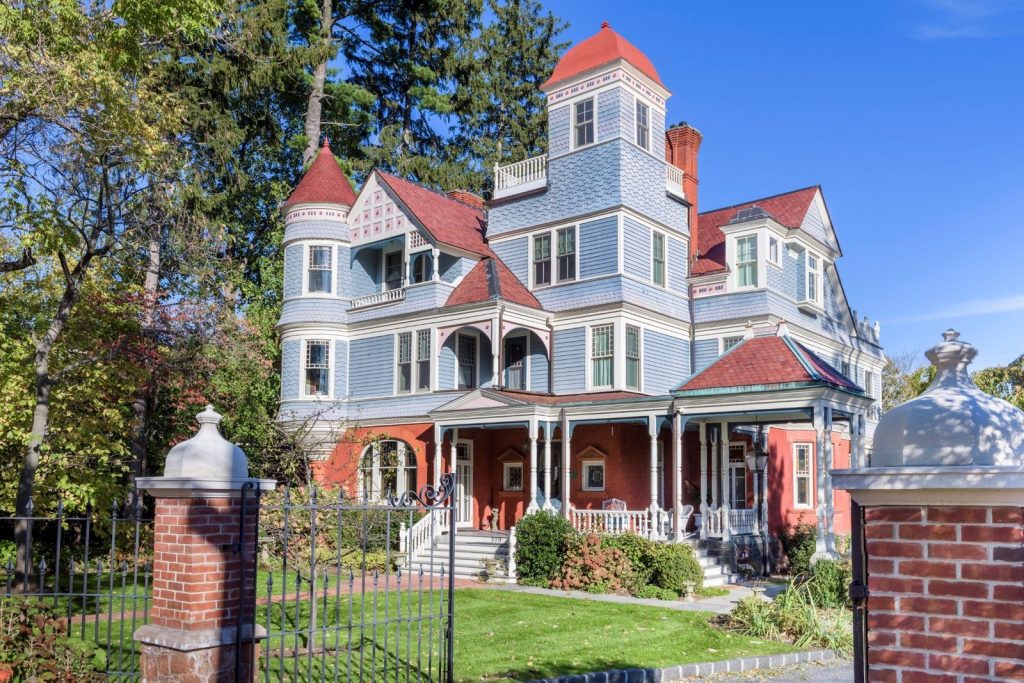 Nyack, New York
Steeped in the region’s rich history and architectural tradition, the village of Nyack is a gem on the Hudson just 20 miles from Manhattan. Nyack’s unique character is the result of many special parts of its history, including its contributions to the country’s Revolutionary War efforts. The Nyacks were attacked by the Redcoats several times – not by land, but from British war vessels. In fact, the very first naval battle of the American Revolution would take place near where the Tappan Zee Bridge crosses the Hudson today. Later, the first acknowledgement of the United States of America as a sovereign nation would come as the guns of a British warship fired a seventeen-gun salute to General Washington, not far offshore from Nyack’s Memorial Park. Nyack was also the headquarters of the Whaling Fleet, a fleet of rugged ships who supported the Patriots and vigorously defended the Nyacks from a multitude of British attempts at landings. Today, the eclectic and energetic village is a creative hub for music, film, theater and art enthusiasts, complete with vibrant dining, entertainment and unique shops. Farmers markets and street fairs add to the charming old-style town appeal. 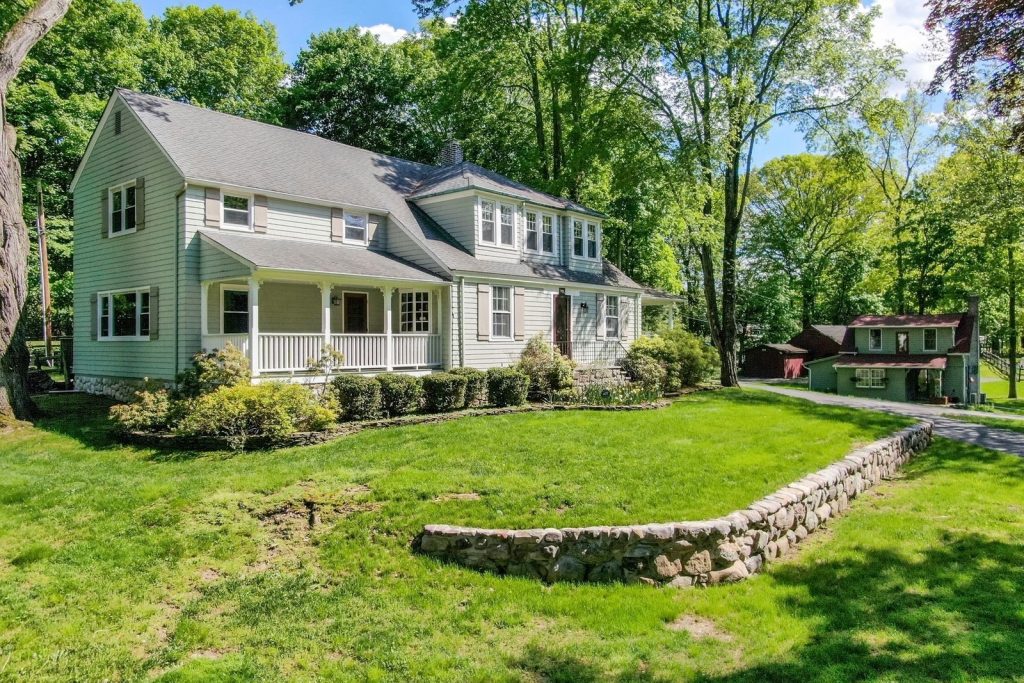 Suffern, New York
Suffern, a Rockland County village dating back to 1796, is steeped in history, with an urban vibe. Accessible by trains, buses and highways, Suffern is home to a thriving business district and array of diverse restaurants, shops and a growing arts, film and cultural activities center, most recently serving as the backdrop for the CBS television show, “Instinct.” Lafayette Avenue, Suffern’s main street, is named in honor of Revolutionary war hero Marquis de Lafayette. Other notable guests have included George Washington, who made camp in the village several times during the war, Thomas Jefferson, James Madison, Aaron Burr and Alexander Hamilton. The scenic village, framed by the Ramapo Mountains and Ramapo River, offers numerous hiking, biking and running trails.